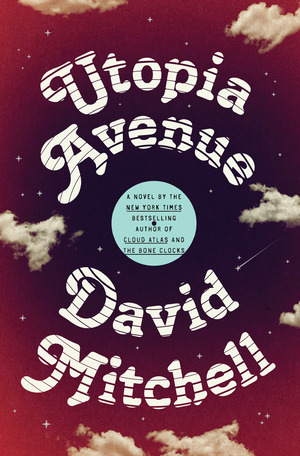 The hotly anticipated new novel from the internationally bestselling author of The Bone Clocks and Cloud Atlas.

Utopia Avenue may be the most extraordinary British band you've never heard of. Emerging from London's psychedelic scene in 1967 and fronted by folksinger Elf Holloway, guitar demigod Jasper de Zoet and blues bassist Dean Moss, Utopia Avenue released only two LPs during its brief blazing journey from the clubs of Soho and draughty ballrooms to Top of the Pops and the Top 10; to Amsterdam, Rome and a fateful American fortnight in the autumn of 1968. David Mitchell's new novel is the story of Utopia Avenue and its age; of riots in the street and revolutions in the head; of drugs and thugs, schizophrenia, love, sex, grief, art; of the families we choose and the ones we don't; of fame's Faustian pact and stardom's wobbly ladder. Do we change the world or does the world change us? Utopia means 'nowhere' but might it be somewhere, if only we knew how to look?